How You Can Utilize Instagram Pins for Your Business 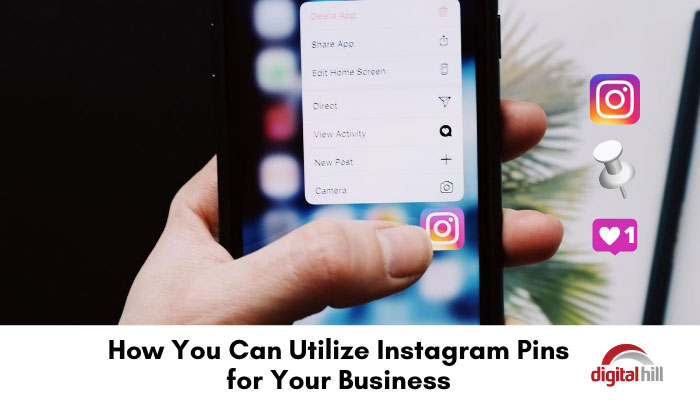 Instagram now supports comment pinning. This is according to a recent tweet by the tech giant. Vishal Shah, the organization’s product VP, also shared similar sentiments. Users have been awaiting the feature since May when Instagram announced its testing. The new addition will aid the site’s war against online harassment. Facebook shared that they acted against 1.5 million IG reports in Q4 and Q1 of 2019 and 2020, respectively. Though the original aim was combating cyber-bullying, this new feature is a win for businesses on the platform in the following ways:

Customers often assume companies with large followings don’t see their messages. Pinning comments, therefore, shows your customers they’re not invisible, and that you appreciate their support. This makes your brand more approachable, increasing the followers who identify with your values. Instagram pins on comments can also generate traffic.

It’s not uncommon to read post replies and tag other users. Funny comments, especially, attract numerous mentions. While at it, the visitors will look at the other products and services on display. Moreover, people are likely to buy your product when they read another user’s positive experience.

Pinned comments encourage other users to post similar messages, so they’re also recognized. This way, the conversation isn’t off-topic. You could also use this capability to highlight common queries. Supposing you receive a question about a product, pinning, and responding to it provides visitors with more context. However, this is not the only measure Instagram has taken to regulate interactions. Bulk comment deletion that lets you remove 25 messages at once has also been added.

Previously, you could only erase a single response at a time, making it daunting for large accounts to handle negative responses. You can also block the profiles that wrote the comments. This not only protects your brand’s reputation but also other users from online hate. Another option is hiding unwanted words from your comments. Likewise, you’re in control of your mentions.

Your engagement levels tell you whether your pinned messages resonate with your audience. To track their impact, note your profile’s performance before and after the pins, recording the exact dates and times they go live. Changing the pinned replies to accommodate users with different views could also improve your stats. While at it, ensure anyone can understand your selected comments.   Be sure to have a consistent image. This means a professional organization should stick to the same tone while a playful brand can take a more casual voice. However, too much slang is a turn-off. Similarly, avoid suggestive photos and language. Don’t forget to incorporate other marketing strategies, for instance, sponsored ads, influencer collaborations, and posting on IG stories.

Because comment visibility relies on algorithms, some responses may disappear in the discussion. Note that you can only emphasize three replies. Users are also notified when their responses are pinned.
Follow this process to pin comments.

You could also unpin a reply by sliding left and clicking on the thumbtack symbol again. By doing so, you create room for other Instagram pins. While this feature enhances your social media experience, pinning positive remarks may be viewed as an attempt to cover critical issues. That’s why you should always be transparent, admit your mistakes, and address customer concerns. You may solve client issues via email or private messaging to avoid public backlash.